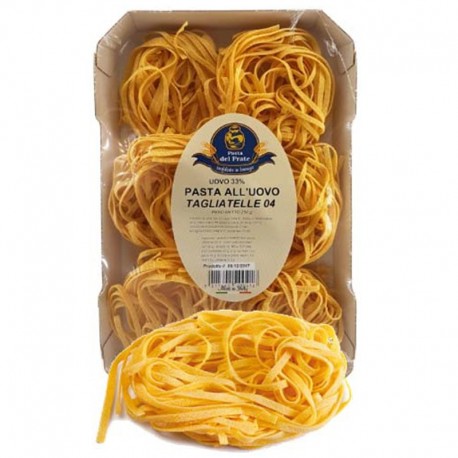 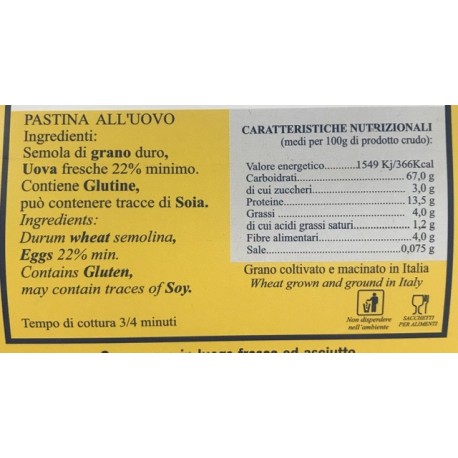 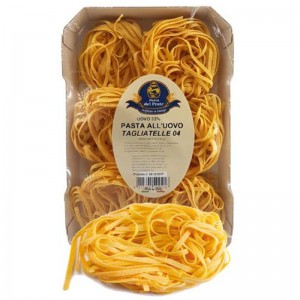 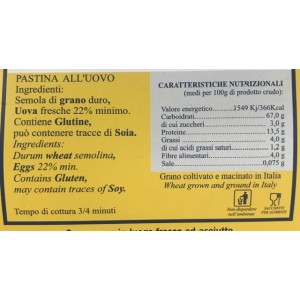 Narrower cut format than fettuccine. Given their versatility, this special egg pasta can be used in many recipes. In particular they are suitable with combinations with pitch and shellfish sauces.

They are a typical egg pasta of central northern Italy. Its name derives from the verb to cut, since historically they were obtained by rolling out the thin puff pastry and cutting it after rolling it. 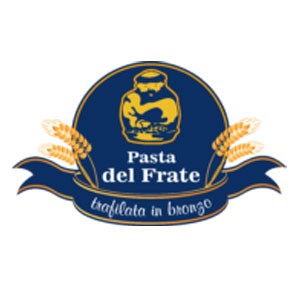 16 other products in the same category:

La Pasta di Camerino
01525
€3.23
A very thin sheet characterizes the Tagliatelline all'uovo, which thanks to their full-bodied consistency, are perfect for any type of preparation. They are narrower than traditional ones, but their taste remains intact and all concentrated in the dough.

La Pasta di Camerino
05070
€2.14
Organic Tagliatelle are born from 100% Italian and organic raw materials: long ribbons of rich and porous pastry, enliven the table and satisfy even the most demanding palates.

La Pasta di Camerino
05090
€3.23
Colorful and delicious, Tagliatelle Paglia e Fieno are designed to bring simple moments of happiness to the table: the durum wheat semolina pastry, enriched with the intense flavor of spinach, will make any type of sauce special.

La Pasta di Camerino
05085
€3.23
Long ribbons of egg puff pastry with wavy edges characterize the Reginelle; made from the skilful round cut they are perfect to accompany meat, fish and vegetable sauces.

La Pasta di Camerino
05099
€1.50
Small yes, but of great character, so much so that with every spoonful you can relive the flavor of those distant times, when the authentic and genuine gesture of the Marche grandmother kneaded this fantastic egg pasta. A journey of taste and happiness.

La Pasta di Camerino
05100
€1.50
The soup is tastier if served with Grattoni all'uovo, the special pasta with the shape of a grain, perfect for giving the dish the unmistakable flavor of tradition and for creating tasty soups, velvety and vegetable minestrone.

La Pasta di Camerino
05098
€1.50
They are the largest of the Quadrucci family and have a 12 mm wide, rough and wrinkled sheet. Perfect to be made in broth, they collect the flavors excellently and give back to every taste the delicious taste of the Marche egg pasta, made as tradition dictates.

La Pasta di Camerino
05075
€1.72
A very thin sheet characterizes the Tagliatelline all'uovo, which thanks to their full-bodied consistency, are perfect for any type of preparation. They are narrower than traditional ones, but their taste remains intact and all concentrated in the dough.

La Pasta di Camerino
05093
€3.23
The Maltagliati are born from the care and passion for a tradition, which inspires us, to give a regular shape to a sheet that originally did not have any, because it is made with the dough left over from the tagliatelle. Their secret? An authentic taste, the same as the pasta of the past.

La Pasta di Camerino
05073
€3.23
A symphony of flavors emanates from this egg pasta with an artisanal heart. Rough and tenacious, it will bring only the best of Italian tradition to the table. Thanks to its porosity it is perfect to enhance even the most full-bodied sauces.

La Pasta di Camerino
05105
€1.50
Putting wings on your soup is simple with Egg Butterflies: thanks to their curved shape, small serrated edges and their porous dough, they are perfect for all types of soup, just as they are ideal to be enjoyed in broth.

La Pasta di Camerino
05091
€1.50
Filini are thin ribbons of golden pastry capable of carrying all the magic of tradition on your table. Elegant in shape and refined in flavor, they represent a delicious alternative in the choice of pasta.

La Pasta di Camerino
05079
€3.23
Delicate and subtle, Tagliolini embody the skilful art of Marche cuisine. Their light pastry allows a fast cooking time and they are perfect both in broth and combined with any type of sauce.

La Pasta di Camerino
01524
€3.23
Long pasta is a true classic in the kitchen: for this reason the Rustic Tagliatelle are inspired by the typical flavors of the Italian culinary tradition. Long strips of egg puff pastry find in the exceptional porosity an excellent ally to enhance the sauce and make the dish even tastier.

La Pasta di Camerino
05097
€1.50
Small, light, tasty. In this case we can say that the "size" should not be measured in centimeters, but on the contrary what makes this pasta special are its small dimensions that make it a unique concentrate of flavors ready to revive any dish. One spoon leads to another and in the end it will be difficult to stop.

La Pasta di Camerino
05078
€1.72
From the flat and wide pastry, the Fettuccine all'uovo show a rough and full-bodied surface, ideal for being wrapped in sauce and enhancing any flavor. Made with care and precision, they are inspired by the most authentic Marche tradition.
Tap to zoom