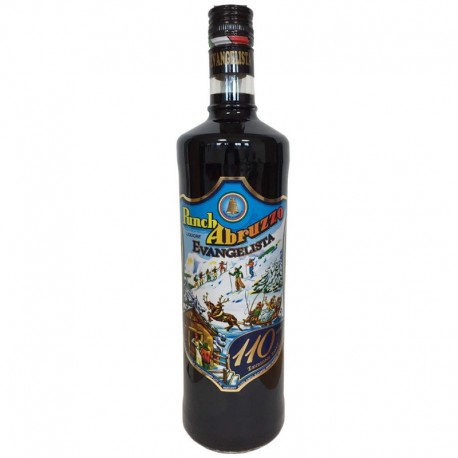 Digestive Punch d'Abruzzo by Evangelista Liquori . Alcohol content: 45% vol. Use: Masterful fusion of natural ingredients. Born as a drink to be sipped "warm" in winter, today it is for its rich bouquet
also appreciated "cold" with ice in Cocktails and Longs
Drinks, in ice cream, in cakes, as a digestive.
Ingredients: hydrated alcohol, sugar, natural flavors, coloring:
E150b

Punch Abruzzo, considered by those who know it, a leading product for its rich aroma and its very pleasant taste. Punch Abruzzo was born in Borrello, a small and cold mountain center in the province of Chieti. Antonio Evangelista, then Mayor of the town, used to prepare a special drink based on citrus fruits, coffee and rum to defend himself from the rigors of winter. The mixture heated over the fireplace gave off a perfume so intense and intoxicating as to arouse the curiosity of neighbors, relatives and friends. The increasingly insistent requests prompted the Mayor to prepare the drink only for a few close friends, later perfected it and called it PunchAbruzzo. It was 1907 but the fame of this liqueur soon crossed the borders of the country and Abruzzo. Several honors and medals attributed to the product for its quality. The "secret" formula was then handed down to the children and in 1983 the eldest son Felice Evangelista transferred the company to Sambuceto (CH), where the third generation continues to produce faithfully following the ancient formula. Punch Abruzzo is currently present in Italy and is exported to England and Canada; its popularity is constantly growing, in fact due to the masterful fusion of its ingredients, it stands out everywhere for its unmistakable and unique taste. Born as a liqueur to drink hot in the winter season, due to its rich bouquet, today it is much appreciated cold, with ice, as a digestive, in Long Drinks and Cocktails, on ice cream, cakes, panettone and desserts in general. 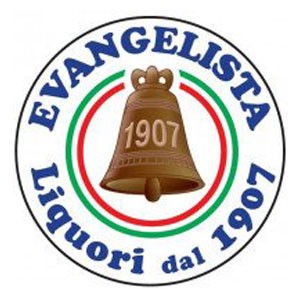 15 other products in the same category:

Evangelista Liquori
03800
€16.71
The "Genziana" is an artisanal liqueur made with infusions of mixed roots, also available in the Italian flora; it owes its name to "Genziò" King of Illyria who made it appreciated by the Romans. Use: Serve as an after meal. Ingredients: Water - Alcohol - Sugar - Natural Gentian Flavor (Gentian Root Tincture 4%) - Natural Flavors.